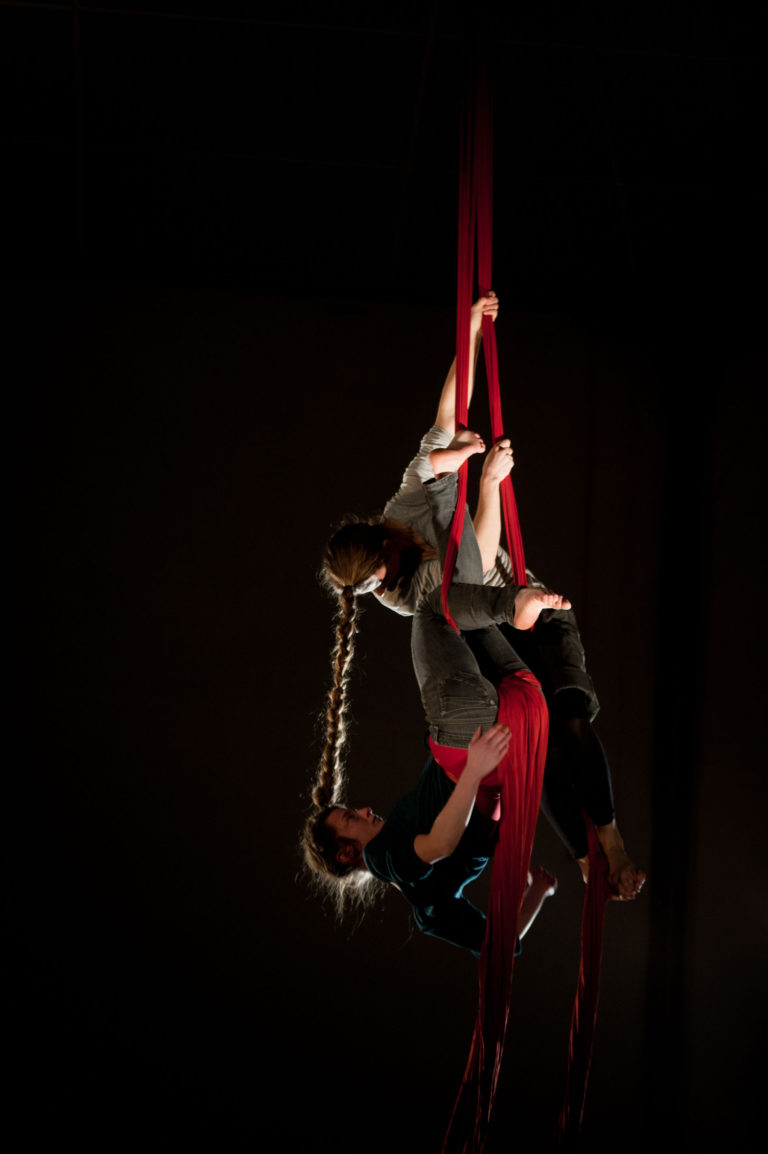 The Malinada Collective is made up of Hristina Šormaz from Belgrade and Morana Radočaj from Zagreb. While they've been performing and practicing the circus arts for many years, both primarily as aerial acrobats, the two have now decided to embark on a collaborative artistic project which unites the interests which they both find most important: aerial acrobatics, textile design, scenography and their friendship.

Through their show “(UN)CONNECTED”, they set out to explore the relationship of two people under the influence of physical separation. How does their relationship change in regards to their physical closeness or distance? What's a person's emotional and physical reaction in regards to the proximity or the lack of someone? Can distance retain just the physicality of it or does the distance always bring emotional separation? When we're close and connected to someone, until which point are we comfortable, and when do we want to escape? When we do escape, do we want to come back?

The physical representation of the relationship is introduced through a braid made of both the performers' hairs. By performing in the same circus discipline and by joining of their hairs, they create new rules by which they explore movement and the possibilities of expression, all while using aerial acrobatics' props.