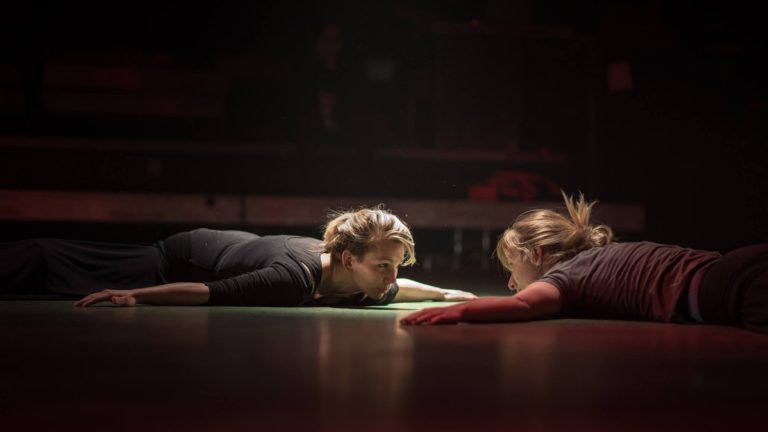 This moniker encapsulates Lea Ovčarić and Petra Kožljan, two aerial acrobats who have (relatively) recently broadened the spectrum of their artistic expression to include stilts. After many years of participating in various circus projects, performances and shows, they have decided to join forces and together explore the new prop, repurposing it to their liking.

Once the performers mastered stilt-walking, they were intrigued by the idea of other possibilities and movements, not just plain walking. Their first efforts were immediately fruitful as they realized the shapes and wondrous images produced by irregular body formations were to their liking, but the efforts were also frustrating as the performers came to realize the scope of limitations to their movements brought on by stilts, most evident being the simple performance of everyday tasks. That precise combination was the driving force for aerial and ground exploration of stilts as a circus prop, which even forced them to re-evaluate already-mastered circus skills in the light of newly-made bodily limits and the wish to surpass them