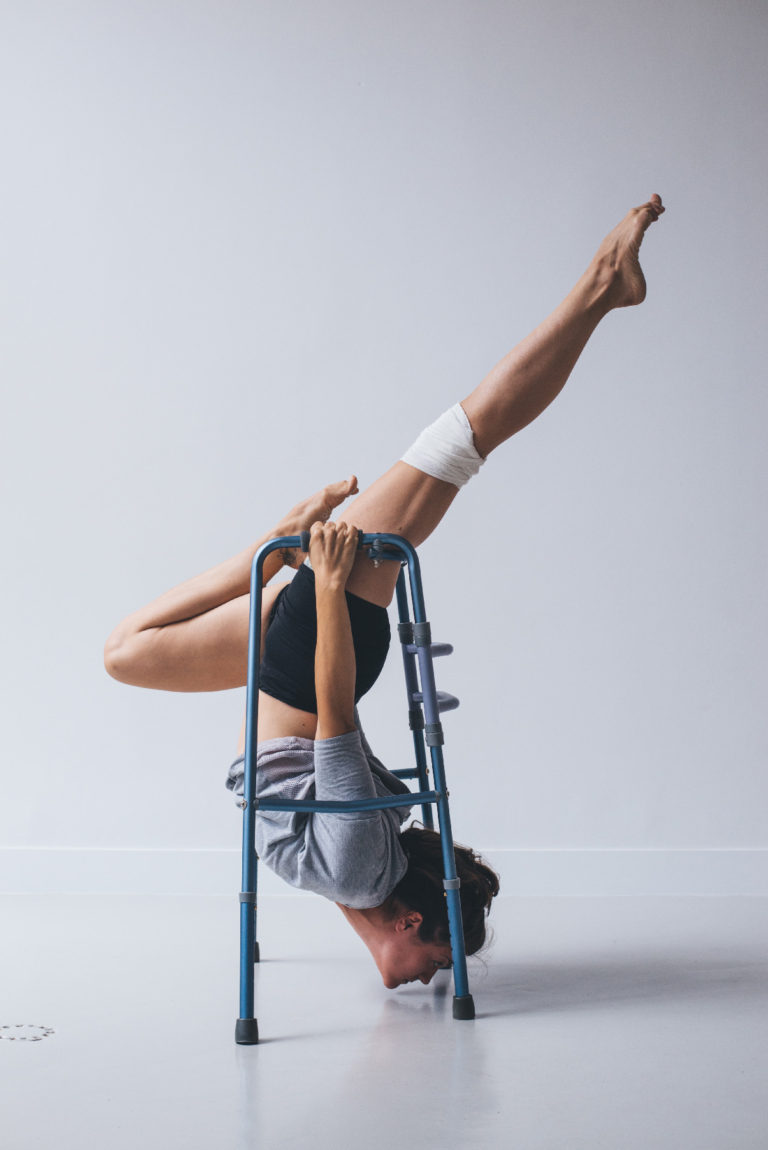 When Danka Sekulović, a circus performer from Belgrade, first felt that something was wrong with her knee, the doctors said she should stop making drama about it. Couple of months later, her right knee went out of joint, tearing up the ligaments, qualifying Danka for an urgent operation. Now she is making her rehabilitation process complete, sharing with the audience  experience she went through, expressing its dramatic as well as its funny parts. This autobiographical solo performance – NOT THE RIGHT LEG, is a big COME BACK on stage, combining techniques of contemporary circus, puppetry, dance movement and physical theatre. The director of the play is Ana Popović, a former and current collaborator (BOXED, Cirkusfera, 2016) and a friend of Danka, whose interest towards a performing/performer's body had drawn her to this project. The brand new support to the project is worldwide famous contemporary accordionist Branko Džinović, who will not just make an original soundtrack for the show, but he will perform it himself live from stage.

NOT THE RIGHT LEG is expected to be premiered in Belgrade, Serbia at the beginning of the upcoming theatre season in autumn, as a coproduction of the organizations CIRKUSFERA and THREEPENNY, as well as Dom kulture Studentski grad venue, with the support of Institut français and program TEATROSKOP, Ministry of culture of Republic of Serbia and Prince Klaus Fund.