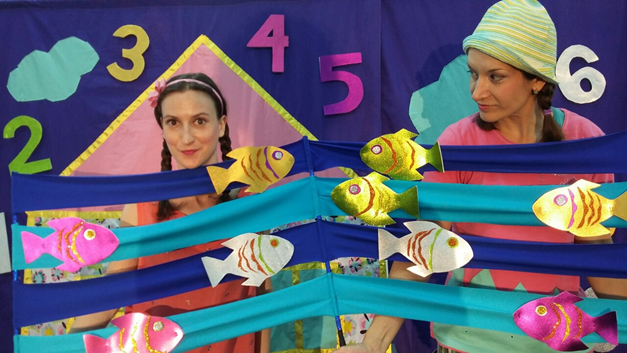 Educational children's performance for the age of 2 to 7 years

The play "Little house of numbers" allows kids to easily learn the first ten numbers through play and song. By combining an eclectic playground with the theater, it combines acting, puppet theater, object animation, juggling and movement. The basic idea of "Housekeepers" is to take special care of the needs and sensibilities of the youngest audience, who make first meetings with the theater, and that content and form fulfill expectations and capture their attention. This performance is not based on narrative, but on learning through rhythms. The rhythm of music, the rhythm of movement, the rhythm of juggling patterns allows children to easily and creatively adopt the top ten numbers.
Two friends Petruška and Petar lead us through the song and the game. And in the "Little house of numbers" there are two unusual characters (a maple-type doll) Number and Azbuka. The figure and the Azbuka reveal a variety of numerous toys, which Petra and Petrusha are breathing in life. There are one dragon, two magic wings, three magical juggling sticks, four ball-planets, five bunny buns, six juggling rings, seven golden stars, eight legs of spiders, nine brilliant fish and the top ten baby teeth.